I believe I have come up with a solution for how to get each party represented in Parliament without adding new steps to a citizen’s electoral process, and even without the need for additional stumping on the campaign trail. If you read this and have actually come across the same, or similar, idea before please let me know. I’d be interested to talk to like-minded people about this.

The Senate – currently an unelected body of representatives that are appointed by the current governor general (under advice of the current Prime Minster) whom hold their positions until they turn 75 – is the part of our government that has to approve bills after they pass the House of Commons (where our elected MPs sit and discuss bills and other issues). Since new Senators are chosen by the sitting PM, all of them are either Liberal or Conservative, and the Senate rarely rejects bills passed by the House.

It’s bad enough the House of Commons doesn’t reflect the true will of the people thanks to the existing first-past-the-post (FPTP) system. Why does the Senate purely reflect the will of past PMs?

Going back to the 2008 Federal Election, here are the results for percentage of nationwide votes by party:

Note that only the top 4 parties won seats in the House, and the Bloq wins a disproportionate amount because all 10.48% of  votes come in Quebec. But what do those numbers mean for the Senate? Well, currently the Conservatives hold 52 out of 105 seats, the Liberals hold 46, Progress Conservatives hold 2, Independents hold 2, and 3 are vacant. Instead of this current oligopoly, the makeup of the Senate using proportional representation would be quite different:

Looking that over, I suppose it would be best to split those other 5 seats amongst the next top 5 polling parties (I think we have to draw the line somewhere, but that’s up for debate). Whether they be fringe parties like the Communist Party of Canada, the Rhinoceros Party, or the Christian Heritage Party – as much as you may disagree with their politics and policies – the people who voted for them deserve to be heard. 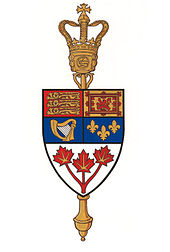 At this point it’s important to note that each province has a set number of seats in the Senate. I’m not sure whether this should be continued or not. In the USA, each state has a junior and a senior Senator. I think, for the sake of provinces currently feeling under represented in Parliament, this should be done away with. Instead of each province having a set number of seats, instead each party should be able to choose their best and brightest to sit in the Senate.

One other thing that I’m open to suggestions on is term limits. I think a limit of, perhaps, 8 years or two elections should be in place. While the Senate should theoretically provide a steady, guiding hand for the country, fresh ideas are still needed. I suppose we could let previous Senators back in after being out for one or two elections, but I think most of us are a bit tired of “career politicians,” especially those Senators that were appointed for life prior to recent changes, and even those that are appointed until 75 yet don’t sit in the Senate nearly as often as our MPs do in the House.

What I like about this is that it’s easy to implement. Citizens are already voting for their favourite party/candidate at the local level, and this practically guarantees them representation in Parliament regardless of the results in their riding. It doesn’t require extra effort, math, deciding which parties they prefer in what order, etc. Same tick in the same box as before, with Elections Canada applying the numbers to the Senate, and then calling upon each party to send their best and brightest to the Senate for whatever term we decide appropriate.

Is it perfect? No, of course not. The existing FPTP system stays in place, but I think this is a quick and easy way to bring about electoral reform without confusing the populace (including me).

So let’s open this up for discussion. Love it? Hate it? Suggestions for improvement? What say you?