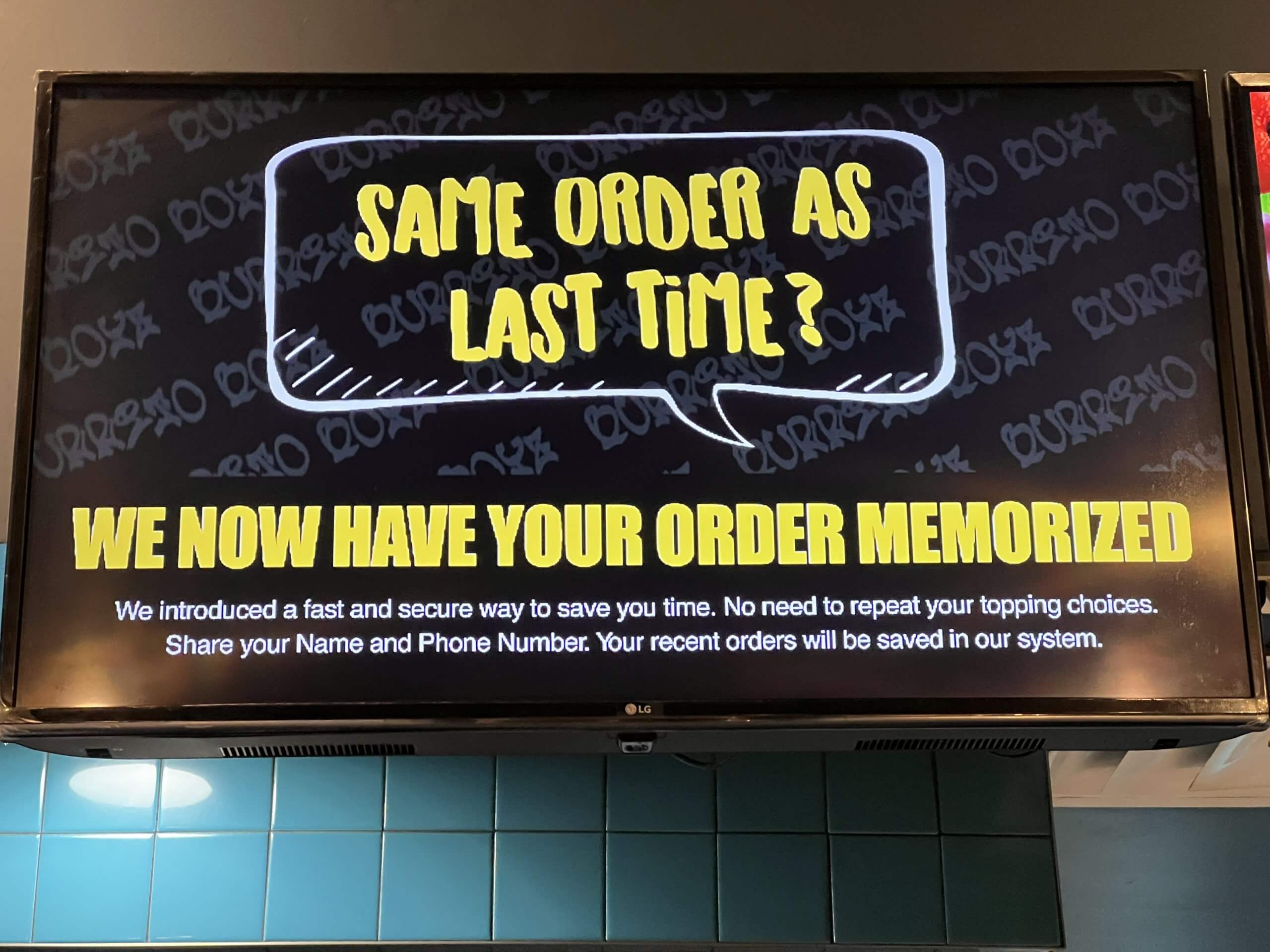 Back in late November I tweeted this…

And almost two months later, I’m still thinking about it.

How nonchalant does a company have to be for them to ask their staff to start off a conversation this way? “Phone number?” Literally the first thing the woman said to me, as if I was a regular (I’m not) and therefore should have expected it.

The answer, of course, is that they want it for identification and marketing. They don’t need it, they want it. They want it doubly for the ability to market to me; the ability to send me text messages about promotions, no doubt. “2 for 1 burrito day! It’s Taco Tuesday! Come on in for another burrito, because the one you had yesterday wasn’t enough! Om nom nom nom!”

But it was enough, and I don’t eat at restaurants or fast food very often. I cook 90% of my meals, and I like it that way. It was late and I didn’t want to spend time cooking that particular night, so I went to a Burrito Boyz location on my way home instead.

Loyalty cards used to run off simple stamps or hole punches on a business card-size paper when I was younger. It was inconvenient to carry around 3 or 4 cards like these, no doubt. I’m confident there were scams as well, but how valuable was it to scam a restaurant out of a free coffee, sandwich, or burger? It’s only worth a few dollars, even less in the cost to make it. Everything can be digital, but it still has to be done well and properly. There’s no value to the business to spend tens of thousands of dollars on a digital version of the classic loyalty program, with far more surveillance built-in, if I don’t opt in. There’s zero value to me if I don’t feel the trade off is worth it.

So, two months later, I’m still flabbergasted at this poor attempt at obtaining my phone number. If I had actually been provided some terms of service, instead of some lame assurance that my data will be kept private (I haven’t heard that one before! 🤣), I may have opted in. Maybe not this time, but next time, if I thought I would gain some value from this.

I have also not opted in to McDonald’s and Tim Hortons’ app-based approaches. Why? Again, little to no value to me. Tim Hortons was discovered to be capturing far more data than they said they would, and I have zero desire to collect points at McDonalds or get deals at a company I don’t want to be supporting in the first place. The companies get to collect mass amounts of data, and every once in a while I get a free soft drink. No thanks.

I really hope someone takes the time this year to build a solution that’s blockchain/Web3 native. Use a wallet address, and allow me to opt into sharing more data on a case by case basis when something really cool is on the line, like maybe a cash prize. You don’t need to know my name, email address, phone number, or exact GPS location just because I’m a customer. That’s a privilege, and a privilege that shouldn’t be taken lightly.