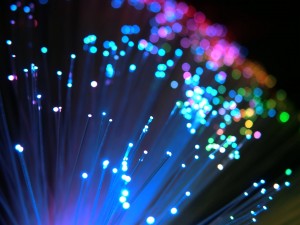 (Disclaimer: Much of the following blog post originates from emails exchanged with colleagues earlier this week. I’m going to re-format what I said as much as I can/need to so that it still makes sense without their replies. The following is all based on my own research and opinion.)

As someone who speaks to vendors of high tech equipment, and consumers of the same high tech equipment, several times a week, I feel I can bring somewhat unique insight into the usage-based billing (UBB) debate happening across Canada. I don’t think I’ll say anything spectacularly special here, but looking at the issue from both the telecom side (including both the business and technology) and the consumer side yields some key things that need to be considered.

I have followed this issue (broadband speeds, infrastructure, and access in Canada) for over a decade already. One conclusion I have come to is that Bell and Rogers are not interested in keeping ahead of competitors (because there really aren’t any) or providing you with great service (especially Bell). Their only concerns are shareholders and the bottom line, period. Yes, I know that’s capitalism, but at the end of the day we’re all getting screwed. TekSavvy has indicated they’re going to start laying out their own infrastructure. Start Communications (based in London) already has fibre covering the downtown core, and has indicated they will be extending it as well. Unfortunately the edge of their fibre network still only supports 5Mbps speeds.

Don’t forget to look at places like Chattanooga, TN which has laid out its own fibre-to-the-home network across an area very similar to London’s geography (medium-sized city in the middle, lots of rural areas around it), and they’re providing great speeds at decent prices… synchronous 30Mbps for $57.99 per month, no caps. Amsterdam is laying a FTTH network that will be open access, and so is the entire nation of Australia. So Amsterdam/Australia will provide the network, à la Bell, and then let independent providers resell internet, phone and TV service on top of it. Brilliant, and you know there will be plenty of competition because Australia has actually paid Telstra AUD$43 billion to ditch their legacy copper network.

The internet services offered here in Canada suck, and UBB only makes it worse. We’re ranked 22nd in the world by the OECD… wait until the next ranking, I bet we’ll be ranked 40th or 50th.

Backing up a little bit, I know there are other fees that Bell and Rogers (along with other telcos in their respective areas of the country) have to fork out, like “right of way” fees that municipalities charge for telcos to have the privilege of laying their infrastructure down in our neighbourhoods, and putting up those ugly grey mini-towers all over the places. I will admit I don’t know as much about the “right of way” fees charged by various municipalities as others do, but until Bell/Rogers are more transparent about the types of fees they incur, and how these have to be passed onto the consumer, it’s hard for the average person to make up their own mind on whether it’s fair or not, isn’t it? And yes, of course there are operating costs.

Again, though… the net profits speak for themselves. Maybe dealing with Toronto and Hamilton is a logistical nightmare, but Bell and Rogers seem to be making a healthy profit margins. And then, of course, the premise of heavy bandwidth users needing to pay more than others has been given serious treatment, and determined to be false. 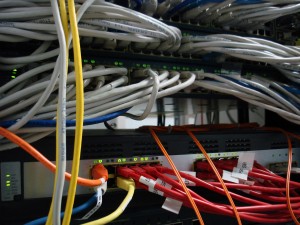 The reality is that UBB is a desperate attempt to keep people from further cutting their expenses, while shifting their video watching habits to web-based services. Instead of compete with Netflix, Rogers and Bell would rather gouge the average customer and prevent them from even using the web to watch video (again, legit or not) in the first place. I’m part of a minority that “cut the cord” 2 years ago. It isn’t easy, but it’s doable. I bet Rogers, Bell, Shaw and Cogeco are freaking out at the idea of consumers moving to Netflix.

But when you think about it, I’m using much of the same infrastructure Rogers actually puts into place to watch TV shows online, instead of via traditional cable. I’m really not using anymore bandwidth than I did before. At the end of the day, the same infrastructure that carries all these bits & bytes also carries voice and TV signals. It’s all data. Internet service fees are not the only way to recoup costs and generate a profit. This goes back to the same point many bloggers and columnists have made about getting to a realistic cost/profit number.

Hell, I’m probably using far less bandwidth than a traditional TV customer uses given the video quality actually available to me online. And I cause less bandwidth on the local head end (similar to a central office, but used to deliver video), instead pumping my traffic via fibre-optic lines between the servers located in Toronto (most likely given I typically only watch on Canadian websites) and Kilworth.

There are many reports that show people using their smartphones more and more, therefore cell phone towers, in lieu of their internet connections. Anyone who saw Cisco’s press release the other day about this would have seen the report, along with those produced by many other vendors and publications. If so many people are shifting their habits over the wireless access, why the huge change in our land-based internet access services?

I’m left asking myself… why UBB on internet services, but not on phone lines, cable, and satellite (especially the first two)? They use the same modern infrastructure to transfer the phone calls and TV shows we’re all watching.

Someone suggested to me that electricity rates were billed using a UBB scheme. True, but hydro is a bad analogy given the fact that we have to generate electricity and transport it to where it’s going to be used. Fibre optic lines are laid, connected to routers, and then sit there in anticipation of traffic. I remember someone telling me about all the dark fibre (a.k.a. unused) that Hamilton once laid in the hopes that businesses would flock there for the capacity. If that infrastructure is still there, then one big component of the capacity already exists.

Lastly, I’ll address the cost per GB sanctioned by the CRTC. $1.90 per GB, and $2.45 per GB in Quebec, is absolutely ridiculous. Hugh Thompson goes through much of the argument here, and he’s right. Even when you factor in all of the other costs associated with running this infrastructure, and then all of the other services that generate revenue from it, you’re left with the billions of dollars in profit that Bell and Rogers are generating.

So call/mail/email your MP, do the same for the CRTC commissioner representing your area of the country, and give them a piece of your mind (or mine). UBB is unnecessary, plain and simple.